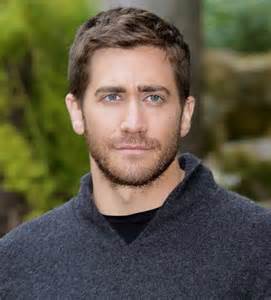 Jake’s “Highway” to success
By Chris Kessinger (The Film Freak)

Academy Award nominee Jake Gyllenhaal has taken a long road to reach the kind of notoriety that entails his reputation today. From early appearances in films like “City Slickers” and “October Sky”, Jake created a calling card for passionate dedication to every role he accepted. This month may be the biggest dramatic spin that Gyllenhaal’s career has ever taken. In director Jean Marc-Vallee’s (Dallas Buyers Club) latest picture due in theaters April 8th, Jake plays a widowed successful investment banker who struggles after losing his wife in a brutal car accident. With each reflection back into his past, he reveals a lot of secrets from decisions that shaped him into the man he is today. It took a lot to shape Jake into the actor he is today, and one of those extreme decisions is a film that I always wanted to check out, but didn’t think it would offer anything of substance. Boy was I wrong. 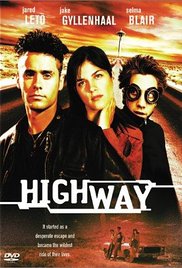 Set in April of 1994 just days after the painful suicide of Nirvana frontman Kurt Cobain, Jack (Jared Leto) and Pilot (Gyllenhaal) are the best of long-time friends. Jack is caught with the wife of his employer, a powerful Vegas thug who sends his goons after Jack. After convincing Pilot to flee with him, they head for Seattle, with dreams of Pilot hooking up with a loving crush. The goons learn from Pilot’s drug source where the youths are headed, and they follow, hell bent on breaking Jack’s feet. On the road, Jack and Pilot give a ride to Cassie (Selma Blair), a distressed young woman. Together, the three head to Seattle on a pavement of drug-induced madness that has them running from their tortured pasts.

What I found so original about director James Cox’s script is that this is punk music filmmaking at it’s finest, but there’s a lot of heart beneath the rough exteriors of the characters in this film. Besides the grunge-dominated soundtrack, the opening five minutes offer no dialogue, but the backstories of Jack and Pilot are presented with some grainy, edited in scenes from their childhoods. What this does is communicate to the audience visually instead of vocally some of their most meaningful of moments. I’ve always believed in a show-and-don’t-tell philosophy when it comes to storytelling, and Cox is a master of an original style. The film also uses this editing tricks in communicating some of the real cause-and-effects from rapid drug use. Several long-winded dialogue scenes overlap each other to give a point of view from our protagonists that translates their altered states. 422

Leto is his usual sexy rockstar self, but Gyllenhaal’s performance offers a side of him that we have never seen. It’s quite a treat to watch a young, charasmatic prominent actor like him presented in such a rage of fire. Writer Scott Rosenberg makes the most of his transition, supplying Pilot with many quotable one-liners, as well as a loser’s story that you can truly root for. The world feels very easy to a man like Pilot, and watching his eyes opening to the realization that there are bigger problems out there humbles his character in a way that is almost heartbreaking to the viewers. The friendship between the two main protagonists is communicated so effortlessly because their on-screen chemistry goes leaps and bounds above the sometimes hollow directions that the film can take. With anyone else, this film could fail, but it’s in the forbidden territory for Gyllenhaal that gives the movie the substance that it needs to keep going. 588

The film takes a strange turn during the second act when a character with an unusual look is introduced. It does feel like it is a negative with it changing the kind of mood set for this film in the opening act, but there is a bigger picture. Rosenberg’s script supplies just the right amount of room for emotional leverage with the audience, so they can pick up on the very hints that the movie offers for its moral compass. Pilot in particular transforms the most during this act because he doesn’t quite see the world as shallow as some of the other characters do. His intentions are noble, and it only confirms that this is the right character for a majority of 96 minute screen time.

“Highway” offers some unorthodox methods to the way it draws its audience in. But with a perfect blend of bizarre direction, as well as artistic originality, this film cements that no Gyllenhaal library will be complete without his most rebelious of roles. Jake would go on to a wide array of characters, with film roles in “Nightcrawler”, “Donnie Darko” and “Prisoners”. With over twenty-five years of screen credits, he has cemented his place as Hollywood’s dramatic chameleon.

You can find more of The Film Freak’s reviews at:
Thefilmfreak.com