This week marked the debut of our newest segment to the website, titled Movie Tier. In it, I will take a director or series and rank each of their installments with my own grading scale. In addition to this, each of the films in question will be individually compared to each other to reveal my overall ranking in contrast. Our first episode belongs to legendary writer and director, John Hughes, who penned some of the most memorable teenage films of the 1980’s. This list is purely just for Hughes’ DIRECTED movies, and don’t include his writing credits. Check out what I think, and leave you rankings below in the comments. 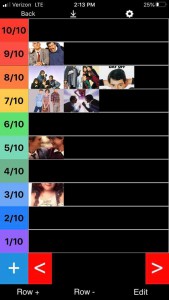