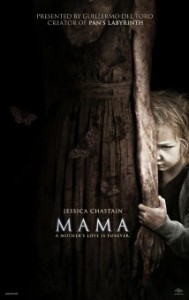 This movie was really disappointing for me. For the last two weeks, i heard nothing but positive reviews about how this film was different from the shock-horror that they have given us for the last decade. This movie was so far beyond stupid that i can’t even fathom what i did with the last 93 minutes. The ending (which i won’t spoil) was so terrible that i can’t even believe that they wanted us to be ok with it. The only things that brought it up from a 3 or 4 was the performance of child-actress Megan Charpentier, and the amazing visual effects that made Mama look real chilling. Other than that, TOTAL CRAP. It’s not the worst movie i have seen this year, but it’s pretty damn close