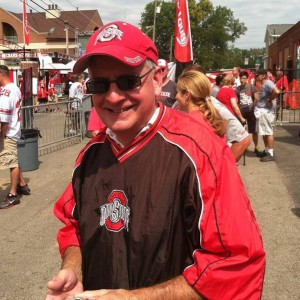 AKRON ADOLESCENCE – The Edge of Education

By Chris Kessinger (The Film Freak)

The Sun always seemed to shine a little brighter on the first day of school. The promise of a fresh start, with the ability to be and do anything that we wanted in regards to the future ahead. The smells of the new textbooks, the sounds of kids rushing through the doors to get a look at how good the Summer months were to their significant crushes. These were just a couple of the noticeable traits in a place we would spend the next 178 weekdays, leaping closer to the inevitability of adulthood. What i didn’t know was that place would teach me much more than just the things you could find in classroom.

I spent three years at Akron’s Ellet High School, after a troubling freshman year at Cuyahoga Falls High School. My parents divorced when i was nine years old, and i decided to move back in with my Mother to start fresh at a new surrounding. I remember being nervous, considering i only knew a couple of people in the entire school. Something about high school just didn’t mix well with me up to that point. I was a rebelious teenager as a result of being a victim of bullying, as well a lack of care when it came to scholastic studies, due to uninspiring teachers who didn’t want to be at school any more than i did. Ellet was going to have to work, as it was the last chance i had to turn things around before i entered the workforce. I already made the decision to not attend college, so i had to make this work for everything i ever wanted.

It was on that day that i met the man who would change my life forever, the late, great Steve Pryseski. Pry (as i called him) was the English teacher, yearbook editor, as well as voice for the football team. On top of this, he was a devoted husband and father to two children. From afar, he didn’t look real, as he never tired or lacked consistency of top notch effort in any aspect of his life. The guy is still the biggest Ohio State Football fan that i have ever come across, complete with his Woody Hayes profile features. Pry looked like your typical high school teacher, so what made him so special to the aspects of my life? He opened my eyes to culture and proved to me that i could literally be anything i wanted. 414

From the first day i met him, he instilled a sense of confidence in me that i carry with me in everything i do. We talked about school studies during the day, but it was our after class discussions about film that inspired me to be a film critic. Steve would always ask me what in particular i enjoyed about a film. He told me to always convince him like he was someone who never saw them film. To interest him into why he would want to watch this movie. I didn’t have much a teenage relationship with my Father, but Steve was the closest thing i got to it around that time. He never let me feel less, even when i struggled with descriptive verbs on how to convey what certain films meant to me. He would work with me, despite doing this for hundreds of other kids for eight hours a day. He did a lot for me, but perhaps the biggest difference shouldn’t be seen from afar, but from up close. Steve helped me graduate high school.

I was an average student in high school, but Pry knew i could do better. He would help me study everyday after school, while he was doing yearbook classes. By Junior year, i was averaging a 3.2 GPA. School felt easier with Pry over my shoulder. Then, one day you wake up and you’re a senior. I never really suffered from Senioritis. My problem was that i didn’t want to leave the only person who i considered a mentor. Even after i left, Pry continued to write me once a week to check in on me. Unfortunately, he passed away in 2013. He never got to read any of my in-depth film reviews, or my work for this brilliant newspaper, but i like to think that he is still watching over me, serving as that voice in my conscious to always push me to do better. 740

With students returning to school over the last month, i’m sure you all have your memories like mine. Maybe you have met your ‘Pry’, maybe you haven’t. Keep your eyes open. You never know when the biggest influence on your life will make an appearance. In closing, i quote the great Ferris Bueller, “Life moves pretty fast. If you don’t stop to look around once in a while, you could miss it”.

You can find more of Chris’s film reviews at Thefilmfreak.com.

2 thoughts on “AKRON ADOLESCENCE – The Edge of Education”